The 2017 season got off to a great start at the first weekend of New England Winterfest in Hartford, CT on January 7 & 8.

The SMASH 14s battled though multiple 3-set matches to emerge as the champions of the 14 Open division. Open is the highest level of competition at the tournament.

The team was the only Massachusetts team to win a division at Winterfest 1, winning all 6 of their matches and defeating clubs from CT, MA, NH, and RI along the way.

Assistant Coach Chris Flouton-Barnes was pleasantly surprised by the 14s' resilience and composure. "At this stage of the season, in the very first matches we have played together, it is challenging enough to stay organized and maintain focus. It was impressive to see these young athletes navigate a weekend on the road and so many close matches with such confidence and determination." Seven of the team's 15 sets played were decided by a 2-pt margin, and SMASH 14s won six of those.

SMASH had 7 of its younger travel teams in action at Winterfest 1, and was the only club to place two teams in the Gold bracket of both Open divisions.

In 12 USA, SMASH 12s posted the second best overall record and became the first SMASH 12s team to ever attend an overnight tournament!

January tournament action continues next weekend at Winterfest 2 with 8 more SMASH travel teams taking the court in the first event of their seasons. 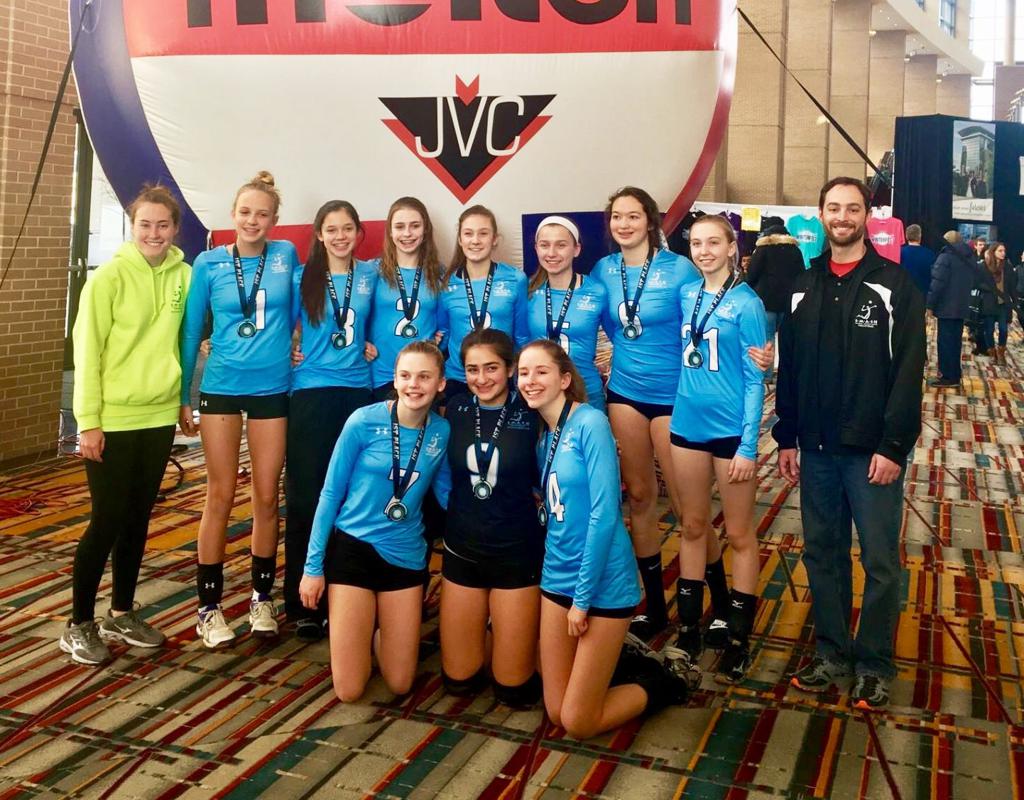