The International Volleyball Hall of Fame and the Massachusetts Girls Volleyball Coaches Association staged the annual All-State Showcase, with two exhibition matches featuring many of the 52 athletes selected to the 2019 All-State teams.

Jim Crandall, coach of Concord-Carlisle and SMASH 18s Attack, joined colleagues from Dartmouth, Melrose, and Nipmuc to coach the two showcase matches (D2/D3 at 6pm and Division 1 at 7pm).

After wrapping up their outstanding high school seasons, many of the All-State honorees will appear next on SMASH travel teams in the 2020 club season, including: 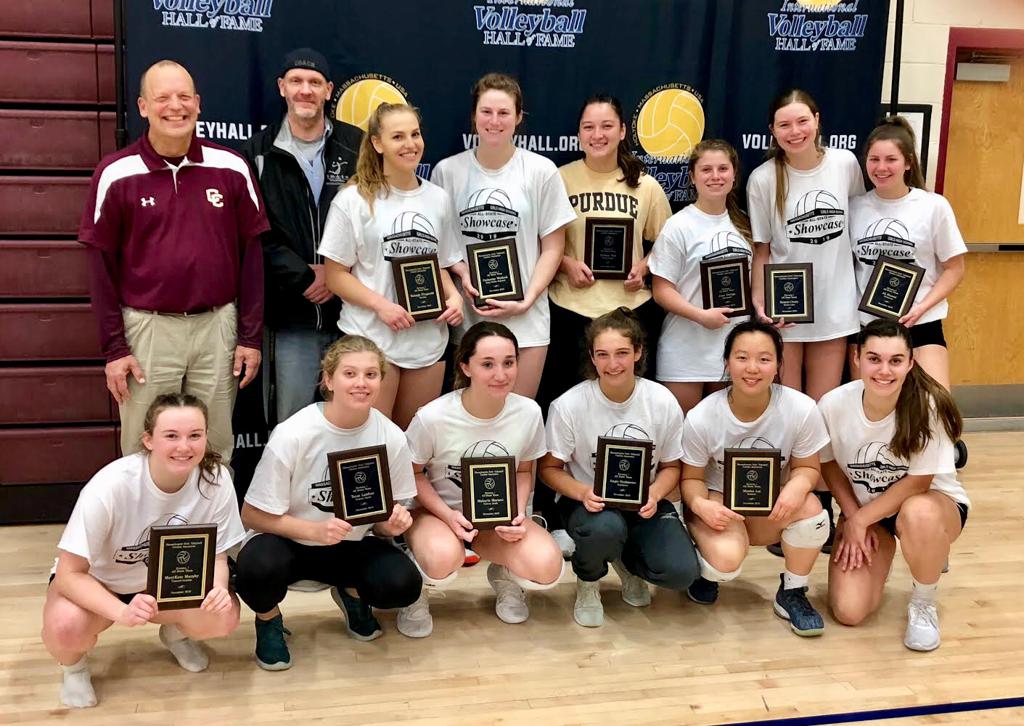