Dozens of athletes from SMASH Volleyball Club travel teams, training programs, and summer camps participated in an event that raised over $10,000 for cancer research!

The Newton South fieldhouse stands were packed for two sub-varsity matches followed by an electric BSC/DCL face-off between the Rockets and Lions.  Needham claimed a 3-1 victory in front of an energized crowd of parents and students from both communities, with concessions, comedy MCs, and a serving contest for prizes all contributing to an incredible atmosphere in support of a great cause. 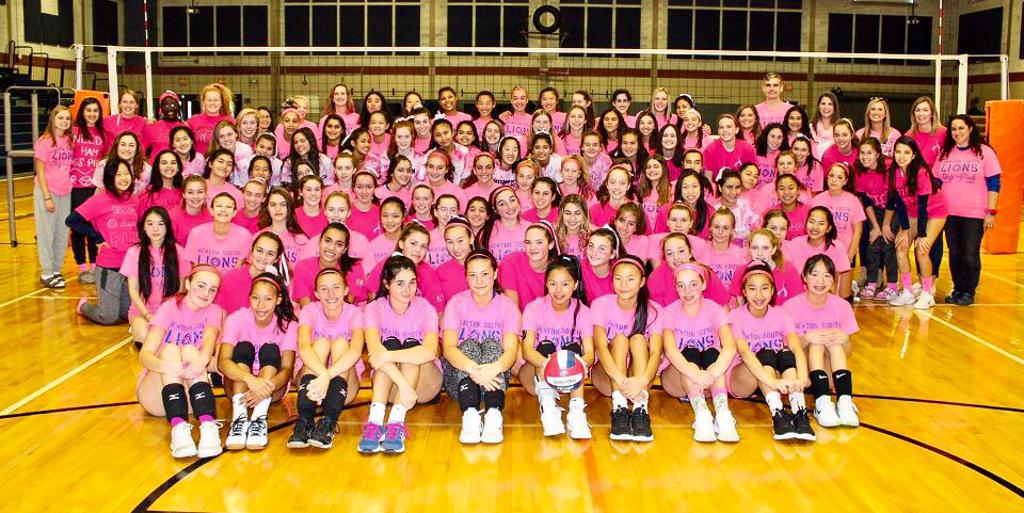